Books of My Childhood

Charlie and the Chocolate Factory 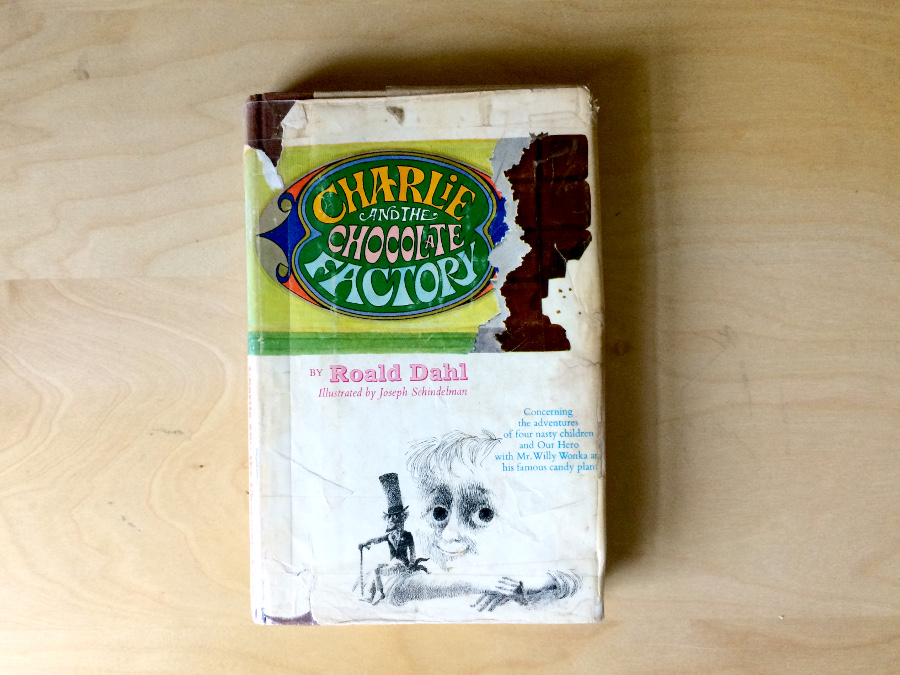 Like most children, I was a big fan of Roal Dahl, and Charlie and the Chocolate Factory in particular. Dahl is, after all, a wonderfully inventive writer, and his ability to weave an engrossing narrative is second to none. But looking back on the book as an adult, the book’s charm is deeply enmeshed with any number of more insidious qualities. This book is enshrined as a classic by the generations of readers who hold fond memories of it, but is being a rollicking good tale reason enough to elevate a book to classic status? And more to the point, is Charlie deserving of this status despite the seriously troubling elements that its tale carries along with it?

The most obvious of the book’s questionable elements is, of course, the Oompa-Loompas, and much ink has been spilled on their behalf already. So much, in fact, that even within Dahl’s lifetime he conceded that the way they were depicted (as explicit “African pygmies” with dark skin) was a mistake, and revised later editions to make them more elf-like. That said, it’s still hard to avoid the fact that they’re essentially prisoners in Wonka’s factory, and even the most generous reading of the text only serves to position Wonka as a “White Savior” to a tribe of beleagured primitives. If any one element is going to unseat this book from its spot in the childhood canon, it’s probably the Oompa-Loompas.

But the glaring issue of the Oompa-Loompas tends to obscure another problem with the book: it’s incredibly spiteful and sadistic. Invariably Dahl tends to come across as a mean-spirited misanthrope, in both his work for children and his work for adults, and Charlie is no exception. Many details of Charlie appear to draw directly from Dahl’s own pet peeves, and the relish with which he punishes these trivial sins is downright unsettling. This is displayed particularly in the persons of the other children, each of whom is the embodiment of some vice that Dahl wants to condemn. He even sees fit to explicitly spell out their flaws in the front matter: Augustus Gloop is greedy. Veruca Salt is spoiled by her parents. Violet Beauregarde chews gum all day long. And Mike Teavee does nothing but watch television. It’s worth noting that Gloop and Salt have essentially the same flaw, greed; the only difference is that Salt is greedy for everything and Gloop is only greedy for food. Beauregarde and Teavee are also similar, in that their ostensible flaws are just things that Dahl apparently dislikes. For these crimes, each of the children are eventually punished in grotesque ways, and in most cases Wonka even blithely implies that they may not even survive. Veruca gets off easy, merely being slathered with garbage; the others are subjected to horrific and permanent disfigurements. Such violent comeuppances are, of course, common in Dahl’s writings, but in these cases the punishment seems hardly to fit the crime.

This becomes even more troubling when one considers that the children are, to a degree that Dahl even admits, not culpable. After each time one of the children meets their fate, the Oompa-Loompas sing moralizing songs that provide an explicit itemization of the crime. In Veruca’s song, they specifically lay the blame on Veruca’s parents: “A girl can’t spoil herself, you know. […] Who turned her into such a brat? […] Her loving parents, MUM and DAD” (emphasis in original). Surely the same can be said of the other children–their “vices” are only perpetuated by the consent of their parents. But only in Veruca’s case are the parents subjected to equal punishment.

And for a book that clearly has strong opinions, it’s surprisingly difficult to tell what lessons one is meant to take away from it, or even whom the lessons are meant for. Augustus and Violet’s flaws are depicted as self-inflicted, and as such it can be assumed that their respective morals of Don’t Be A Glutton and Don’t Chew Gum are intended for the book’s ostensible grade-school demographic. The songs for Veruca and Mike, though, seem to be aimed more at parents than at children. Mike’s song is, in fact, explicitly addressed to parents throughout: “But did you ever stop to think, / To wonder just exactly what / This does to your beloved tot?” A generous explanation would be that Dahl wanted to include morals for both children and their parents, perhaps with a nod to read-alouds. I’m more inclined to believe, though, that Dahl was writing from a place of curmudgeonly bitterness, and didn’t really care who he was preaching to.

Further muddying the book’s moral is the character of Wonka himself. His superficial whimsy obscures a much darker side that becomes more unsettling the more closely one pays attention to it. As mentioned earlier, every time one of the children succumbs to temptation Wonka remarks, seemingly without concern, that they will be mutilated at best and quite possibly killed. This is bad enough, but he’s equally cavalier about the welfare of the Oompa-Loompas, who, you’ll recall, are supposedly under his care. The experimental chewing gum that turns Violet into a blueberry has already been tested on twenty Oompa-Loompas, Wonka says, “and every one of them finished up as a blueberry. It’s most annoying.” Another Oompa-Loompa drifted into the upper atmosphere after ingesting a Fizzy Lifting Drink that Wonka gave him. “It was very sad,” Wonka says. “He must be on the moon by now.” (Even as a child I was always a bit disturbed by that anecdote.)

Furthermore, Wonka is a world-class hypocrite, building his fortune on the very same vices that he so condemns. Mike Teavee sees fit to call him on it at one point: “If you think gum is so disgusting, then why do you make it in your factory?” Wonka ignores the question, of course, but the answer is clear enough. He makes it because it sells. Likewise he produces the candy that Augustus gorges himself on, and intends to air commercials on TV despite the fact that he disdains it. Veruca’s father, a rich business owner who specializes in peanuts of all things, has more in common with Wonka than Wonka would care to admit. Wonka’s factory, after all, is “the largest and most famous in the whole world”, and Wonka himself is “the greatest inventor and maker of chocolates that there has ever been.” For Wonka to sneer at Mr. Salt’s peanut fortune (which, as a maker of candy, he has probably contributed to) would seem to be a quibble over semantics. He is essentially a profiteer, building a fortune on the very habits he condemns, which hardly makes him a moral figure.

* Which I would not

So what is the moral of Charlie and the Chocolate Factory? In Mike Teavee’s Oompa-Loompa song, Dahl extolls the value of reading, largely by contrasting it against television, which in his mind “rots the senses”, “kills imagination,” and “[makes] the powers of thinking rust and freeze.” Even if we grant that all television programming is garbage*, does it necessarily follow that all books challenge the intellect and instill positive values? If Dahl is to be expected to follow the gospel that he preaches, then Charlie ought to be a pinnacle of the literary art, filled with complex characterizations and deep philosophical quandaries. But the fact is, it is none of these things. Its characters are largely one-dimensional, and its story is based on spectacle and meaningless tribulation. Charlie, our lovable protagonist, doesn’t even have basic agency, and emerges the victor in part because his integrity is never actually tested. Much of the plot is nothing but a series of comeuppances paid by characters who we’ve been made to dislike. Eleanor Cameron said it best in her 1972 essay “McLuhan, Youth, and Literature”:

I am not here to deny that Charlie and the Chocolate Factory comes with a lot to recommend it. Children are near-universally enthralled by its fantastical setting, and Dahl is highly skilled in the construction of page-turner narrative. Generations of children have enjoyed it at this point, and I don’t doubt that it will be enjoyed by more to come. But that being said, this is a candy with a rotten core. Its delights are devoid of real meaning, and its worldview is callous and mean-spirited. What the future holds for this strange and conflicted classic, I can’t say–but I rather hope it will eventually be supplanted by better, more-deserving books.