What Happens in Batman Begins 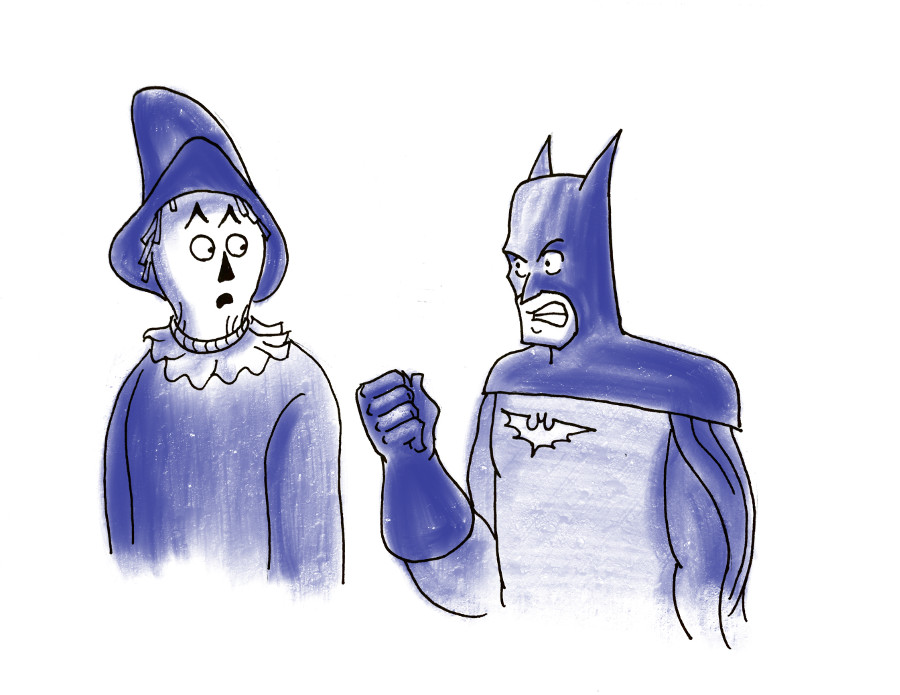 Batman Begins is the story of Bruce Wayne, a rich and influential white guy who has an unhealthy obsession with crime. This obsession, like most such things, can be traced back to childhood traumas. Wayne’s parents were gods among men, simultaneously working as doctors and as venture capitalists whose multibillion-dollar corporation coincidentally worked for the betterment of humanity. However, they fell prey to a violent mugger, and Wayne’s hatred of the disenfranchised and desperate was born.

We meet up with adult Wayne in a Chinese prison for reasons which are never satisfactorily explained. He meets up with another influential white guy who, it turns out, runs a mystical mountaintop martial-arts monastery. He trains Wayne to be a ninja (ninjas are well-known to be part of Tibetan/Chinese culture), then makes a critical error by asking Wayne to kill a murderer. Wayne, of course, would never kill (never!) so he escapes from the monastery by setting fire to it and battling his fellow ninjas. Most if not all of them die in the process, including (probably) the guy he refused to kill. It’s all right, though, because the other white guy told him that a secret society of urban-renewal conspirators was planning to torch Gotham, which is the world’s best city despite being totally corrupt at all levels of society, and Wayne isn’t going to let that happen.

Wayne returns to America, which consists entirely of Gotham City, where he meets with various members of the criminal element so he can glare at them. They seem less than intimidated by this, so clearly a more intimidating presence is needed. Luckily, Wayne is able to obtain a variety of military-grade equipment from his parents’ company, which for some reason produces prototypes of stuff that’s too expensive to actually manufacture. Wayne combines these prototypes with a bat costume, and then he’s ready to fight crime.

Wayne isn’t the only one obtaining military equipment from his parents’ company, though. The Bad Guys, in their plan to destroy The World’s Best City, have stolen a Wayne Enterprises Gigantic Microwave Generator, a nefarious device capable of producing tons of ionizing radiation without being connected to a power source. Their plan is to fill Gotham’s water supply with a hallucinogen, then vaporize the water supply to force everyone to inhale it and go crazy. Luckily, the citizens of Gotham never make tea, coffee, or pasta, so there’s no chance that they’ll inhale the drug before the Bad Guys want them to.

The Bad Guys make a critical error, of course (as bad guys are wont to do) by targeting Wayne’s love interest, and only mere hours before the evil plan was to be implemented. This brings Batman into the fray just in time to defeat the plan, which is spearheaded by none other than the other influential white guy from the beginning. He and Batman fight in front of the microwave generator, which luckily only vaporizes water mains and not human bodies. Meanwhile, two employees of the water company look at computer monitors and talk about how bad it will be if the water main explodes.

Thankfully, Wayne defeats the other guy, the World’s Best City is saved except for all the cops who died when Wayne was rampaging around in the Batmobile, and Wayne gets to exchange some love-interest-talk with the love interest.